Best Kinky Book Recommendations: Masters at Arms, Nobody’s Angel, Deep in the Woods, Until the Sun Falls from the Sky

In order to keep recommending to you, the fabulous readers of smut, all of the best smut books, I’ve asked another voracious reader to help me out with a weekly column.

Help me welcome Lina to the Club with a slap on her ass and a comfortable—or not-so-comfortable—set of restraints.

Because Lina’s recommendations all include kink (hello—it’s in the title), she’s provided us with explanations of how she classifies her book kink:

Lina Says:
Masters at Arms is the introduction to the Rescue Me series. It’s the backstory for the three original protagonists, Marc, Adam, and Damian. It sets the scene for the follow up stories and shows the readers how they formed their unbreakable bond while serving together in Iraq as well as introducing the ladies that will hold their hearts. It’s well written, super emotional, and adds depth and realism to the rest of the series. It’s a must read before going on to the rest of the stories. It’s free, so there is no excuse not to get it and read it. The whole series is a MUST read—Kallypso Masters writes some of the best BDSM I’ve read. She takes the time to show the reader the mindset of the Dominant and the submissive, of the sadist and the masochist. Of why things that most (normal) people would never consider sexy can be such a turn on and the ultimate manifestation of trust and love in a relationship. Like I said–must read!

Deep in the Woods

“You belong to me, and I’ll always take care of you.”

“As you are now, Sophie, that’s how I want you always. Naked to me. Open. Exposed.”

Until the Sun Falls from the Sky

“He was turning me on and scaring me to death at the same time.”

“A delicious noise slid from the back of her throat into his mouth.”

“I’d never, ever forgive him for forcing my body to betray me again and again thus making me hate myself more than I hated him.”

“She looked innocent and adorable, the latter of which she was some of the time, the former, only in her sleep.”

Lina Says:
I’m a sucker for capture fantasy/dubious consent stories, and this book definitely delivered in that department. I loved that Leah did not just roll over for Lucien even though he was a big bad vampire. No, really. He was a freaking BIG and scary as hell vampire. People and vampires alike stepped aside for him and offered him respect. Leah, however, fought him tooth and nail. Granted, there were battles she knew she couldn’t win. Most of them, actually. That didn’t stop her from living up to her tenacious and contrary personality, if for no other reason than to annoy Lucien and see what he’d do. But it was more than that too – she was working hard to protect the only thing Lucien couldn’t forcibly take from her—her love. The overall effect was a lot of entertaining friction between her and Lucien. The sex between them was hot! If you enjoy your men (vampires) dominant and your heroines somewhat reluctant, the consent dubious, the punishments a little bit evil (not really evil, but evil in that HOT, I really want to come, but you won’t let me way), then I wholeheartedly recommend this book to you.

Series Reading Order:
Until the Sun Falls from the Sky
With Everything I Am

GO FORTH AND KINK! 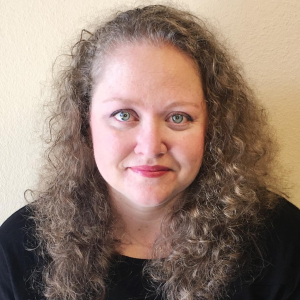 Hi. My name is Angie, and I’m a social-media-and-smut-book-reading addict. Hi… Angie… I’ve been working hard on the magical internet since 2006 when I retired from teaching elementary school to stay at home with my two baby girls. Now, I am a smut peddler.