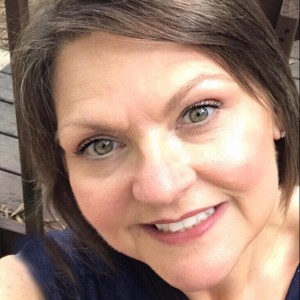 If you like action, adventure and romance, Protecting Caroline will keep you turning the pages! This high octane romance is based on amazing chemistry... literally. Follow Caroline and Matthew (and the team) though their raucous and often chilling adventures. Fire and ice, bruises and bullets, ego and affection, friendship and loyalty. Dive down the rabbit hole with this eclectic crew and find out just how strong some bonds can be.

The last few days had been hell, holding her, kissing her, but not making love to her. He wanted to bury himself so far inside her she’d know she was his, but he held back. It wasn’t the time or the place, but he hoped it would be soon. They were making progress.

Wolf eased back, but couldn’t bear to break contact with her. He buried his head into her neck and licked and suckled at her earlobe. The whimpering that came from her throat made him grow even harder. She arched into him, trying to get closer. She was sexy as hell.

Matthew “Wolf” Steel hated flying commercial. Luckily his job as a Navy SEAL meant he didn’t have to do it very often. He’d been unlucky enough to be assigned a middle seat on the cramped jet, but fortunately for him, the woman next to him was willing to switch seats with him. Hoping for a relaxing flight, Wolf was pleasantly surprised at the good conversation and sense of humor the woman had as they flew 36,000 feet over the countryside.

When Caroline boarded the plane to Virginia to move across the country for her new job she never expected to be seated next to the hottest guy she’d ever seen. She also never expected he’d be so easy to talk to. She knew he’d never be interested in talking to her if he hadn’t been trapped in the seat next to her, but it was a nice way to spend a long plane ride.

Neither Wolf nor Caroline were prepared for a terrorist hijacking of their plane, but if Caroline thought that would be the last time she’d see, or need, Wolf, she’d be sorely mistaken.

Philly suburbanite, mom to an amazing teenager. (Of course he knows everything and isn’t sarcastic at all.) Lover of everything word related: books, music lyrics, poetry... I don’t discriminate! I discovered my love of reading as a 6th grader when I stumbled upon a fantasy series by Piers Anthony. It was then I realized I could be someone else, exploring new places and learning about new experiences. My reading preferences have changed throughout the years, and I’m more of a PNR junkie now with one-handed reading at the top of my list.
I believe with every fiber of my being that words hold the ultimate power. Words able to build someone up or leave them in shreds, so I try to always choose mine carefully.
Reading has brought me so much happiness, new friends, new adventures, love, and contentment. It’s the ultimate escape!