This series is unbelievably hot! The pages are literally smoking as you turn them with sexy heat coming off. I loved the pace of the stories and all the characters. I honestly felt like I was submerged in this BDSM world full of kinky delights and sex-filled escapades. Each novella was better than the next and I am glad I opted to read the entire series at once instead of piecing them together little by little. Who needs Netflix when you can binge this series in a weekend? I won't give anything away, but Twice the Touch was my favorite! Cara writes such vivid scenes, you can’t help but imagine yourself there, seeing, feeling, touching. *Shivers* This series was one of the hottest I have read in a bit! The quotes below are just the tip of the iceberg, TRUST ME!

"Fuck," I whimper, instinctively bucking my hips. My cock slides deeper into Lina's mouth, and that sweet little cocksucker is so experienced by now that she just keeps sucking me down. "Master…" I'm dizzy with lust, burrowing myself deeper into his arms. I squirm against his own erection, and I don’t think I've ever wanted it so much.
"That’s right, baby." Master keeps whispering, his fingers seductively stroking my skin closer to my crotch. "I'm your Master, aren’t I? And there's nothing I want more than to keep you, to own you, to use your body, to make you come…"

"Fuck," I breathe out, squeezing my eyes shut. Mouth dry, I swallow a couple times, then open my eyes again. Only to find Brayden's hooded gaze on me. I shudder and ram my cock as far as I can into Evangeline's pussy, knowing Brayden can feel it as she sucks him off. Just like I felt his thrusts earlier when I had Evangeline's mouth on me.
"I can't stop—" He presses his lips together and shakes his head. Eyes screwed shut, too. Yet, despite his words, he keeps struggling.
"Come, Brayden." I allow it only fractions of a second before he'd lose the battle. "Come."

"Easy there, baby boy." She gasps and moans, and then I'm pushed back into my swivel chair by a stiletto on my crotch. I wipe my mouth and toss her a heavy look before glancing down. Her footwear is nothing short of a lethal weapon, and she presses it along my erection until I groan. "Can you play nice?"

Wrapped in Black by Tiffany Reisz

A Lady of Rooksgrave Manor by Kathryn Moon

The Scandal by Cassie Verano

The Pearl by Tiffany Reisz

A touch can take many forms. It can be hard, soft, cold, hot, pleasurable, sadistic…much like kink. In Touch, several kinks take their turn in the spotlight, exhibited by men and women trying to find their way in life.

Rio Kelly all but abandoned the lifestyle when a brief encounter with a runaway girl changed everything. Ten years later, he sees Chelsea again, and the high-protocol sub is looking for a strict Owner. While navigating unchartered waters with a Master who’s grown cynical and resigned, Chelsea befriends Dylan, a young guy going through his own relationship problems. Dylan’s Daddy Dom isn’t like most others. Cade Kingsley is rough around the edges but wears his heart on his sleeve. Together with Dylan and Gabriella, they try to patch something together that’s just for them. By any means necessary, a few kinky hearts need to be mended.

Touch originally consisted of six novellas and novels. Look but Don’t Touch, Twice the Touch, A Touch to Surrender, A Touch of Trouble, Comforting Touch, and Touching Ink have now been reworked and prettied up for the relaunch, but not without some brand spankin’ new material. Along with the original stories, a dozen outtakes, future takes, and epilogue have been added, including demos, a new novella, and more kinky fun. All to make the complete Touch your not-so-little black book of kink. 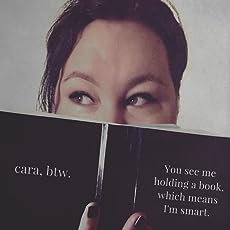 I’m often stoically silent or, if the topic interests me, a chronic rambler. In other words, I can discuss writing forever and ever. Fiction, in particular. The love story—while a huge draw and constantly present—is secondary for me, because there’s so much more to writing romance fiction than just making two (or more) people fall in love and have hot sex. There’s a world to build, characters to develop, interests to create, and a topic or two to research thoroughly. Every book is a challenge for me, an opportunity to learn something new, and a puzzle to piece together. I want my characters to come to life, and the only way I know to do that is to give them substance—passions, history, goals, quirks, and strong opinions—and to let them evolve. Additionally, I want my men and women to be relatable. That means allowing room for everyday problems and, for lack of a better word, flaws. My characters will never be perfect.

Wait…this was supposed to be about me, not my writing.

I’m a writey person who loves to write. Always wanderlusting, twitterpating, kinking, and geeking. Advocate for equality and Autism awareness. There’s time for hockey and cupcakes, too. But mostly, I just love to write.